The LUNA and UST drama

Hey guys, I hope you are doing fine and I really hope that you didn't lose (much) in the LUNA / UST drama. This is going to be a little bit different than my usual ideas on TradingView.

What we witnessed the last couple of days was what I consider a minor Crypto crash that could have developed into something even worse. On the one hand we could argue that this was an overdue cleansing of the Crypto market forced by the breakdown of an algorithmic stablecoin, that just wasn't "well-developed", but on the other hand we prepared us, that this drop could occur once we lost the falling wedge and the price couldn't stabilise around our January / February lows. This was just very basic TA. Of course the LUNA / UST crash accelerated the whole thing. But in the end Bitcoin had to go down because there wasn't any support.

I told you that losing $28.8K would be a very hairy situation and indeed it was! It didn't hold up. You can see on the 1HTF that BTC got some short-lived support around the January '21 low at about $27.678 but after that $30K was too big of a resistance and brought BTC all the way down to yet another low at 25.338.

That monster candle of support at 9 am yesterday was beyond important. You all have no idea how important that actually was. Now to fully understand what did and what could have happened, we'll need to take a look at the USDT/USD chart. Now do me a favour and compare these two charts next to each other:

Once BTC lost $28.8K as support at around 10pm on Wednesday, we saw that Tether (USDT) started to lose its peg to the US Dollar (first white arrows in the charts). This undermines what significance that $28.8K level actually had. Actually, the process started earlier, but given the fact that 1 USDT is not always 1 USD, but rather ~0.99 USD, we will not discuss the smaller alterations before 10pm.

After that Tether was able to almost regain its peg. However, once BTC lost the $27.678 level, causing "real" panic, Tether was put in a position that could have ended in a "real" crypto crash beyond what we can imagine imo. Take a look at the second white arrows in the chart at around 6 am yesterday.

The sell off that started with losing that key level (Jan '21 low) and the panic that set in caused Tether to completely lose its peg ending with 1 USD being worth ~ 0.94 USDT, that's almost a 6% drop.

Now I'm not someone who concentrates on the what-ifs, but in this case it's different.

Join us on Discord and get access to our free content. You will get daily trading signals, a public chat with our admins, our free Bitcoin report and frequent promotions.

Taking a look into Tether USDT

You all probably know that Tether is not an algorithmic stablecoin (as UST was), but instead a stablecoin that claims to be backed by FIAT currency, because for each Tether USDT there is (or better to say there should be) 1 US Dollar in Tether's reserve, thus making it stable. Unfortunately or fortunately (that is depending on your own point of view), Tether is not solely backed by the US Dollar , but the company behind Tether used these US Dollars to buy "other" assets. They claim to be transparent about what they actually hold and have put a website online, which informs about their holdings here: https://tether.to/en/transparency/#repor...

So, what is the issue here? According to their website, Tether's reserve consists of:

Now given the fact that we lost crucial levels on BTC , people panic selling and withdrawing their USDT to USD and with the major US futures being red during that time frame, this could have developed into a death spiral IF the sell pressure would have continued. At some point Tether would have had to sell their assets at a loss to provide enough liquidity for each Tether withdrawal.

Meanwhile Tether's CTO essentially tweeted that everything was ok and that there would be enough liquidity for all withdrawals. But put yourself into his shoes. Would you tweet anything else? You probably wouldn't. Does that mean that this is the truth? Well...

The points I'm getting at are:

a. We should be very very thankful to whoever bought at the lows around $25.3K and therefore ending what could have lead to a big (maybe even the biggest) Crypto crash.
b. We should also be thankful to everyone who bought Tether at its lows and therefore possibly preventing a tragedy.

Now comes the most important part:

c. Tether is and has always been a risky asset and it continues to be. Now a huge chunk of my portfolio consists of USDT. But I would advice you to persify your portfolio to reduce your overall exposure. Get some USD, get some BUSD.
d. Only invest what you can afford to lose.

Full disclosure: I don't want to spread FUD or panic. I just want you to understand the "hidden" risks.

Do you want to take your trading to the next level? Start your journey with us today and become a premium member of SwissTrading to unlock customized content and premium signals to help you succeed. 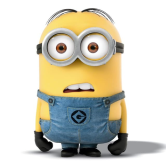